Because all I said about it at the time was, I really liked it.  And I did!  I think it’s a splendid adventure, and it brought me right back to being a tween in the early 80s watching Voltron and Robotech.  Mecha, and the people who love it.

But there’s more to say about the movie, and why I liked it, and why I have a bit of a fangirl squee over the character of Mako Mori, who has the most sensible name in the entire film.  Stacker Pentecost?  Really?  Idris Elba is magnificent at enunciating ludicrous dialogue so well that I wanted to get up and do fist-pumping cheers, and Charlie Hunnam did a fine job as the tormented beefcake, but it was Rinko Kikuchi’s movie.  And robots.

I’ll just point this out, for starters:  when the camera lingers on a physique, it’s Hunnam’s.  That alone changes things up.  Mako Mori the character is allowed to be girlish, fierce, stunted, efficient, noble, rebellious, and honorable.  No, in the end, she is not the one to push the button and blow up the other dimension.  She, the far less experienced pilot, passes out from oxygen deprivation, and Beckett saves the day.  That said, this was one situation in which I thought that was fine.  They were partners. He finished what they started.  He could have done none of it without her.

As for the movie itself:  holy cats.  I’ve said several times that it’s a WWII movie wrapped up in modern trappings.  You have a diverse group of people on an isolated base racing against time and dealing with interpersonal issues on the way.  The jaegers have nose art and mechanics and an air traffic controller.  There’s even a DOG, for gosh’s sake.  People have to put aside their differences and work together to defeat the enemy.  There’s a stirring (ludicrous?  Yes.  But Elbafied) speech by a leader.

And the visuals!  In one interview, director Guillermo del Toro talked about how the really difficult bit of the whole movie was actually inventing the jaegers.  To make them seem real, his team had to figure out how they would work, how the hydraulics would look, how the legs would support the rest, and so on.  And you see it in the film, how pistons move and hatches slide.  The jaegers have a gravity to them that many effects pictures are sorely lacking.

It’s not a perfect movie, nooo.  What I want is the director’s cut with the hour of character development footage del Toro had to excise.  I want to know more about the Chinese and Russian teams before they meet their demise.  And I want to know more about Beckett and Mori and Pentecost (really?).  But for a movie in which robots punch dinosaurs in the face (not that that’s ever a bad thing), it manages to have grit, heart, fun, and lead characters who saw each other as people and pilots first.  Well done! 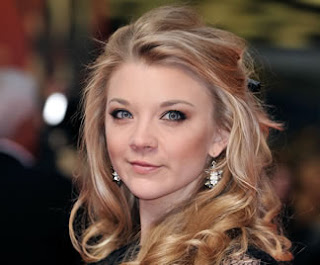 Well, not so much lesson as observations:

There is room for me in the world of writers and creators, but I have to write and create to earn my space. Angsting and planning about writing means nothing, compared to actual work.

Also, what a difference in settings.  This morning’s sky in California was a crisp, saturated blue, sharp-edged and almost painful to my tired eyes.  Texas has a sort of faded-jeans look.  Hazy, drifty, big.  Polaroid, to San Francisco’s digital.  I miss Polaroid.

“You only get better at writing by writing.”